Now that the baseball season is over, I finally have time to post some pictures of our season.  Since Zach is the head coach of both teams, I am on kid duty for all of the games. Therefore, I am not able to take pictures at every game.  But I do take my camera to a few each season and try to capture some memories for my boys.

Carter played for the IronBirds.  This was his last season of 7/8 and was by far his best season.  He has developed so much defensively and played great at 2nd base.  He also had the highest batting average on our team.  Our team finished the season in 3rd place.  He is by far the smallest kid on the team but works very hard to compete with kids so much bigger than him.  So proud of my oldest!

Seth played for the Tigers.  This was his last season of 5/6 coach pitch baseball.  He is SO excited to move up to 7/8 and machine pitch.  Seth had a great season.  He consistently hit the ball to the outfield and really progressed in defense.  There were definitely times when we had to tell him to quit playing in the dirt, but overall, he became so much more focused during the game. 🙂

I have so many good pictures, but here are just a few. 🙂

Carter before his first IronBirds game.

Game ball on the first night! He played so good!

And now everyone in the picture…

Seth before his first Tigers game. 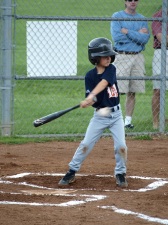 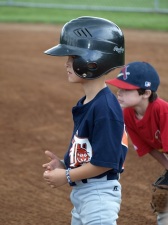 On base ready to run. 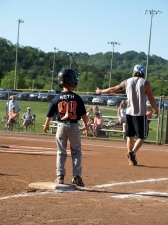 Carter up to bat.

He’s a great base runner. 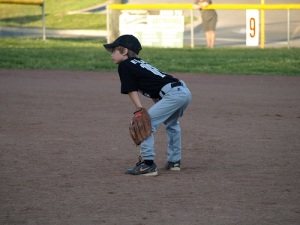 Seth’s team party.  Each player got a baseball and the entire team signed each baseball.

Love these two sweet boys.  They had so much fun together.

The IronBirds team.  Some of these boys have played together since they turned 5. It’s been awesome to watch them grow up together.

Team talk after the game. 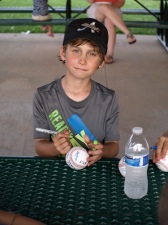 Carter’s team party.  They did the same thing with the baseballs.  Zach is not big on handing out trophies to each player unless the team actually wins the tournament.  However, he does like to give the player something to remember the season, which is why they get signed baseballs. 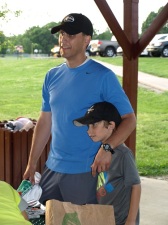 Carter getting his moment with the “coach”. 🙂