Wow…we have an 8 year old!  I can remember the night Carter was born so clearly.  We had NO idea that our boy was going to make his appearance 5 weeks early.  We had just gotten in bed after a great Saturday – lunch out, shopping, and working in our flower gardens at home.  The nursery wasn’t done and I had not packed a single thing.  We still had 5 more weeks!  God had a different plan and thankfully, our baby was healthy despite his early arrival.  Fast forward 8 years later and we have had three others join our family. We are blessed with a big family and while we won’t pretend that it is not loud and crazy (and chaotic quite often), we wouldn’t have it any other way!

Carter is thriving in 2nd grade.  In fact, this has been his best school year. He (finally) loves going to school.  I’m so thankful!  He has made some really good friends this year while keeping up with friends he made during Kindergarten and 1st grade.  We absolutely LOVE his school and his teachers and feel so blessed to have a great community to raise our kids in.  Carter played another season of baseball in the fall and just recently finished up his first season of basketball.  He had a great time playing with his friends and really learned a lot from his coaches. We have one week off and then baseball starts again.  We are all very excited about it!

Just so I’ll always have it, here are some things about Carter at 8 years old:

Here are some of my favorite Carter pictures. 🙂

Carter is about 9 months old in this picture checking out snow for the first time.

Debating whether to eat his first birthday cake or not.  He decided that he didn’t like it after this picture was taken. 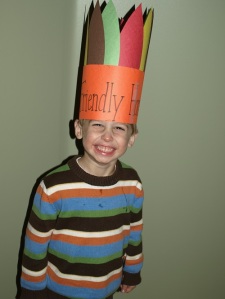 Carter after his Thanksgiving Feast at Preschool (he was in the 3s class). 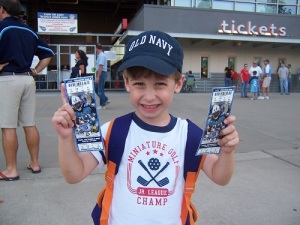 Titans game with his Daddy around 4 years old.

Carter and Seth at the beach.  Carter is 4 in this picture. 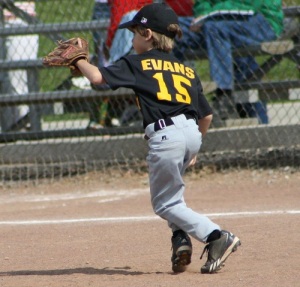 Last Spring – playing in the 7/8 league on the Pirates. 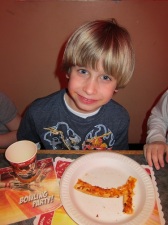 Bowling Party for his 8th birthday!

Carter working Legos with Seth before school this morning.