Today was the big day for Seth!!  He has been SO excited to start school since he found out on Tuesday that he would have the same teacher Carter had when he was in Kindergarten. 🙂  I didn’t realize it was such a big deal to him that they have the same teacher but since it obviously is to Seth, I am thrilled that they will have similar Kindergarten experiences!  Carter loved Mrs. Larson and I know Seth will as well.

He ran into our room this morning talking a mile a minute about starting school.  He has been VERY hesitant all summer to talk about school and even appeared nervous at times.  I am thankful that he had a change of heart before school actually started.  He requested donuts for breakfast and donuts it was.  After getting everybody fed, dressed, and out the door for pictures, it was time to head across the neighborhood to school.

I’m thankful to report that his Kindergarten drop-off was about a thousand times better than Carter’s was 2 years ago.  Carter left crying and so did I (only because he cried).  Seth was all smiles so it was easy to leave him.  Molly Kate and I went up to eat lunch with him and he was already talking about the friends he made on the playground.  He is such an easygoing kid…I know it is going to be a great year for him!  He is also very excited because his lunch time overlaps with Carter’s so they will get to see each other every day.  I love how much they love each other.

Seth enjoying his breakfast of choice. 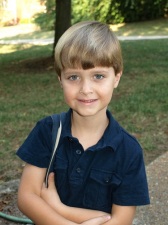 He looks so grown up!

Ethan was convinced he was starting school today too. Of course, because in his mind, he does everything his brothers do.  Many tears were shed when he had to come with me and Molly Kate 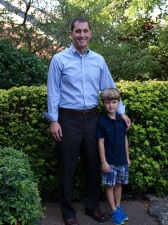 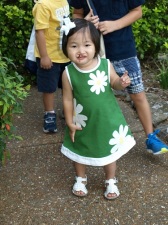 Of course, we had to get some pictures of Little Miss.  She is finally feeling better after her diagnosed ear infection on Monday.  Thank goodness! 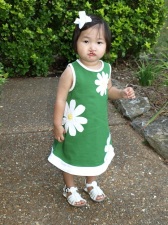 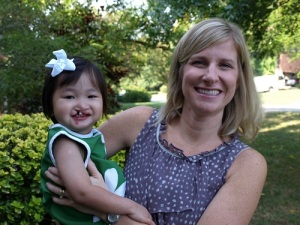 I wanted to include this one to show that she does smile. 🙂  In every picture we take, she looks so serious.

Back to the serious…

Seth outside of his school.  He loves his new shoes and short socks.  This kid loves clothes. 🙂 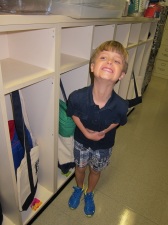 Finding his cubby in the cubby room. 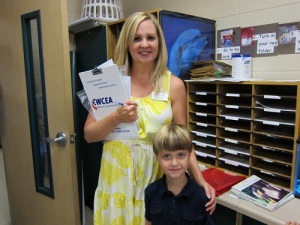