My sweet Seth turned 5 today!  This next year will be an exciting one for him – first season of baseball and starting Kindergarten.  I just can’t believe it.  I am not ready to give him up 5 days a week and he will not want to leave home 5 days a week.  He is quite a homebody.  He loves to stay home and would be happy to stay home all day, every day.  A few more things about Seth at 5:

Happy Birthday, Seth!!  I can’t believe it has been 5 years!! 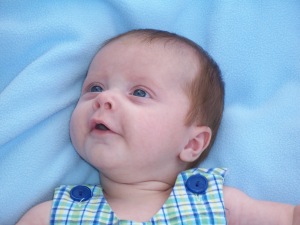 One flash back picture – Seth at 2 months old. 🙂 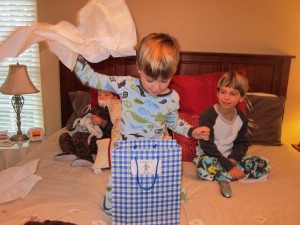 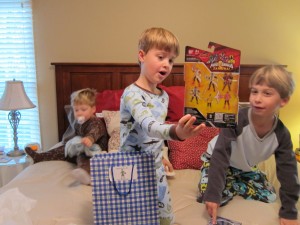 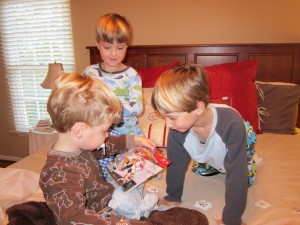 All three boys checking out the new toys. 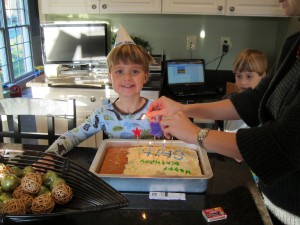 Seth wanted me to make him a birthday cake (he’ll have his real cake at his family party next weekend).  I left icing off one side because Seth doesn’t like frosting. 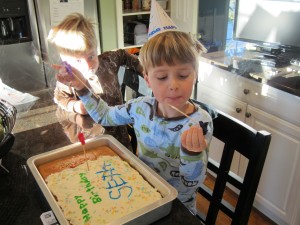 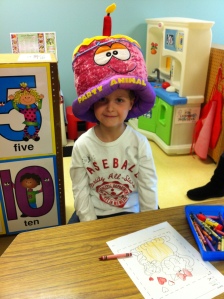 The birthday hat he got to wear at school today.  For his birthday treat at school he asked to take donuts.  Zach took him to Krispy Kreme this morning to pick out donuts for his friends and teachers.  He was very excited to show his Daddy the birthday hat when Zach walked him in to school. 🙂

One thought on “Happy Birthday, Seth!”