I know I am probably in denial, but I do not feel old enough to have a 6 year old! He is more than halfway done with his Kindergarten year and has grown up so much over the past year. We celebrated his birthday today at Chuck-e-Cheese with a few of his friends. He had so much fun and went to bed tonight completely exhausted from celebrating all weekend (more to come on that later).

A few things about Carter at 6 years old: 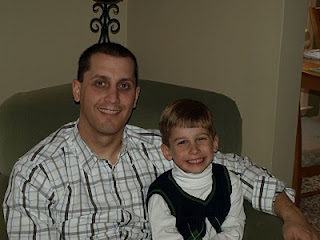 All smiles for his Daddy!