On Thursday night, Zach, his Dad, Carter, and Seth were able to go see one of the Titans’ preseason games. The boys have been so excited about the game! Zach’s dad was able to get them great seats and even got to go with them this year (Only Carter and Zach went last year). I dropped the boys off with Allenna on Thursday afternoon and she walked them across the walking bridge to the stadium to meet Zach. I’m pretty sure that Seth ate the entire game and enjoyed all the stadium snack foods. Since it was Carter’s first full week of Kindergarten, they left the game during the third quarter to get home before 10 (super late for my kids!). While I was putting Carter to bed, he told me that he ate too much sugar that night and ate “probably 35 snacks”. 🙂 Evidently, he thought he was in heaven at the game!

These pictures are not great quality, but they show how much fun everyone had. 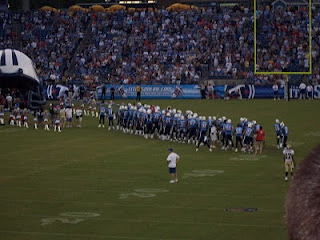 Showing off the game pin they each picked out. 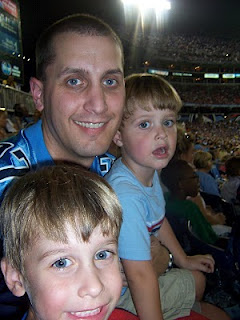 Daddy and his boys! 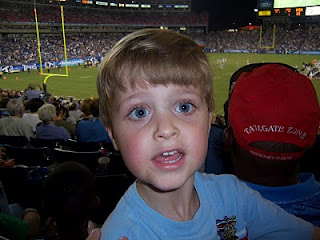