Skip to content
Carter had his first soccer game last Saturday. He loves going to soccer practice and was very excited to have his first game, although he was a little nervous before the game. They play with 5 kids from each team on the field and the coaches are on the field as well. There is not a goalie. Unfortunately, Carter never really got into the game. He ran around a lot, but never did feel comfortable enough to jump in and go after the ball. It was a little hard to watch after a while, but we’re confident that over time he’ll feel comfortable enough to get in there and go after the ball. We’re proud of our little athlete! 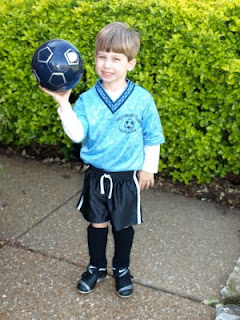 At the house, ready to go play! 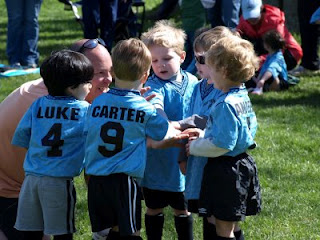 Before the game starts. 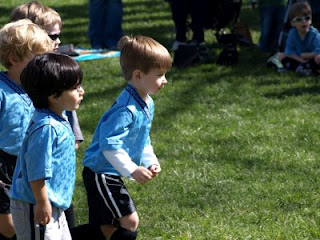 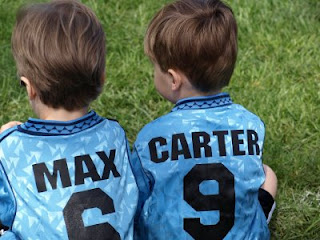 Taking his turn on the sideline. Even though he didn’t score or go after the ball very much, he did have a lot of fun!

One thought on “First soccer game”