Skip to content
We had such a good weekend! We went to the Pumpkin Festival in downtown Franklin on Saturday afternoon. Zach’s parents came down to spend the afternoon with us. We had a good visit and the boys enjoyed playing with their Grandma and Grandpa! 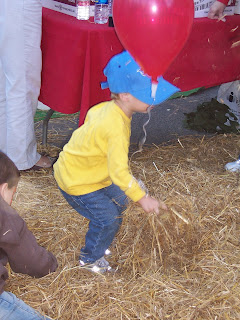 Carter searching for candy in the hay bales at the Pumpkin Festival!

On Saturday afternoon, Zach went and picked up Carter’s big boy bed. Carter was having a pretty rough time when we told him we were putting up the crib. We didn’t want to rush him, but we had access to a truck this weekend and the timing was perfect for the move. Once he was able to “help” Zach put the bed together on Sunday he got more excited about his bed. He was very excited after the bed was assembled and he got to sleep in it with a pillow for his nap! He did great and didn’t get out of the bed until he called for us when he woke up. We’ll see how he does tonight! 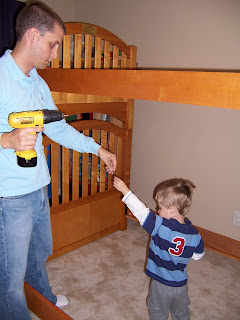 Carter handing Daddy the screws he needed to put his bed together. 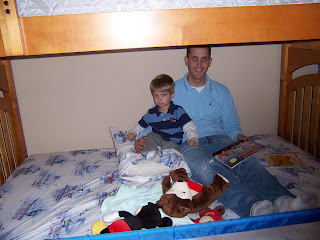 Reading books in bed with Daddy before his nap. 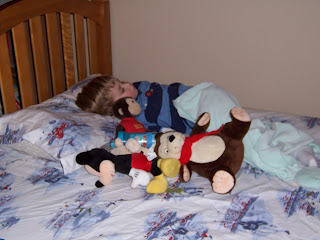 Snuggled up in bed with all his animals!

On Sunday night we had Trunk or Treat at our church. This is such a fun night! Carter was so excited to dress up as a pirate and Seth didn’t cry when we put on his monkey costume! Uncle Craig and Aunt Kasey helped with a trunk and Carter loved going around saying Trick-or-Treat. Seth was extremely tired (he refused his late afternoon nap) and pretty much just hung out in his stroller the entire time. He was very cute holding on to his banana and sucking on his pacifier! The boys were exhausted when we got home and went straight to bed! 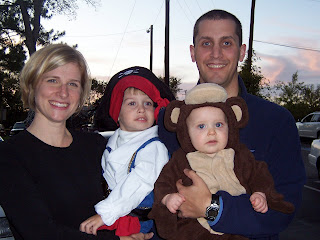 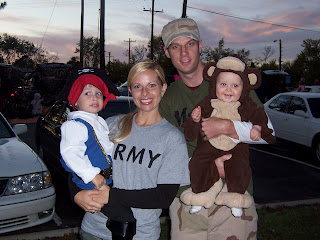 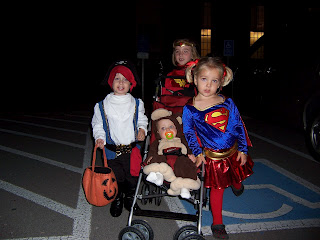 Carter and Seth with their friends, Kelsey and Ella Grace. 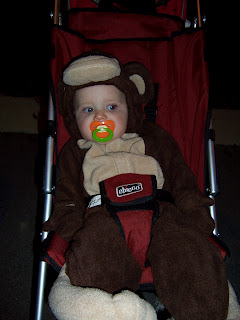 Seth hanging out in his stroller…he was so tired! 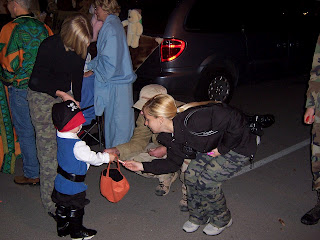 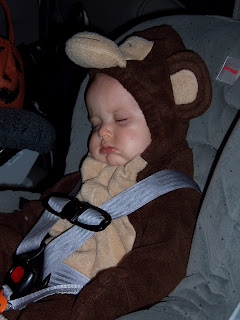 I think Seth fell asleep the minute we pulled out of the church parking lot!

2 thoughts on “A big weekend!”