Skip to content
We had a great week in Hilton Head! Our family left almost 10 days ago for our annual family vacation. Zach, the boys, and I started out on a Friday by driving halfway to Atlanta and stayed in a hotel (we were not ambitious enough to do the entire 9 hour drive in one day). The boys did great in the hotel and were exhausted by the time we got there. We left the next morning and arrived in Hilton Head a little after 3:00 on Saturday afternoon. My entire family arrived a few minutes after us and we had so much fun being together. I’ll let the pictures speak for themselves. First I’ll post some pictures from the beach…

Carter loved the play in the sand this year! He wanted Daddy and Papa to build sandcastles all the time. 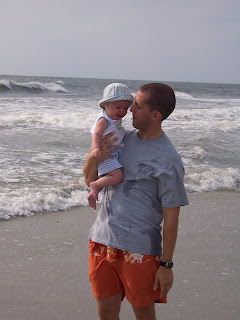 Seth did not like the ocean. Zach dipped his feet in the waves and this was the result!

Carter working on his sandcastles. By the time the week was over, he had a sand village, complete with walls and everything!

Carter found this backpack at the house. He was SO proud of it and carried it everytime we went to the beach. He never wanted to take it off and cried just about everytime he had to come inside.

Seth was very happy to sit in his stroller by the pool and play with some toys! He is such a laid-back child (most of the time!) 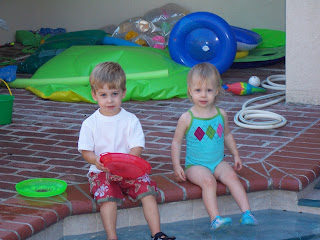 Carter and Ella Ann were inseperable this week! They played so well together and truly became the best of friends. 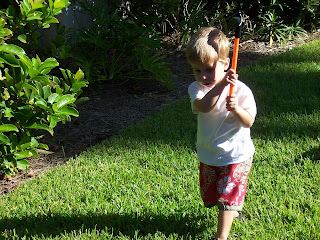 Carter found this golf club at the house and played with it all week. He hit real golf balls and was actually pretty good! 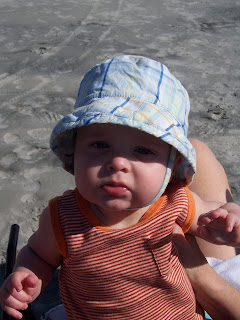 Look at those chubby cheeks!

Papa and Carter working on their sandcastles.

Nana, Seth, and Papa lounging at the beach!

On the last day, we took the boys down to the ocean to take some pictures. It was really windy, but we got some really cute pictures.

One thought on “Vacation!!”